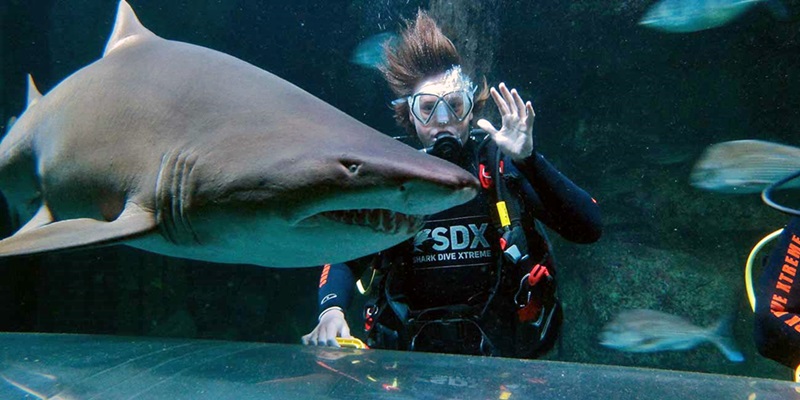 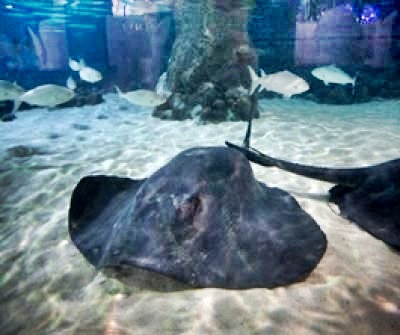 Opened in 1985, the original Underwater World was the vision of Kelly Tarlton – an extraordinary Kiwi adventurer, diver, explorer and inventor, who wanted to share his love of the ocean with others. Today, Kelly’s vision has grown to become a world-class visitor attraction, offering a uniquely New Zealand Pacific and Southern oceans experience.

The Antarctic Encounter is home to New Zealand’s only sub-Antarctic penguins, offering a rare opportunity to see the magnificent birds up close in their icy domain. A unique snowcat ride brings you within arms length of the 80-strong colony of King and Gentoo penguins to watch their playful antics on the snow and their elegant flight underwater.

Enter Stingray Bay for an awe-inspiring look at the giant stingrays, before delving deep into the Underwater World to see the rich variety of species from New Zealand’s coastal waters. Come face to face with sharks, turtles, giant rays and other incredible deep sea creatures on the moving walkway.

It’s all waiting for you at Kelly Tarlton’s!

The regular Shuttle Service is as follows
• 7 days a week Kelly Tarlton’s operates a FREE shuttle service from downtown Auckland!
• Shuttle departs from 172 Quay Street (opposite the downtown ferry terminal).
• The shuttle runs on the hour, every hour, from 9am until 4pm, with the final pick up from downtown being at 4pm.

Tailor Made Tours Planning Made Easy

Wai-O-Tapu Thermal Wonderland
“North Island regions“
We use cookies to ensure that we give you the best experience on our website. If you continue to use this site we will assume that you are happy with it.OkRead more