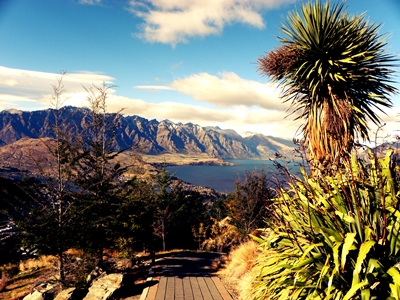 New Zealand is an island country located in the Pacific Ocean in the Southern Hemisphere consisting of the main islands The North Island and The South Island in addition to a group of smaller islands including the Chatham Islands and the Stewart Island or Rakiura Island. Cook Islands and Niue are island nations in free association with New Zealand. They have complete autonomy being independent nations even though they aren’t viewed by the United Nations as separate from New Zealand. The residents of these islands are considered citizens of the state of New Zealand. New Zealand also governs the territory of Tokelau. The Ross Dependency is New Zealand’s territorial claim on the frozen continent of Antarctica. Wellington is the capital of the country while Auckland is the largest and most populated metropolis.

New Zealand is a democracy and constitutional monarchy under the symbolic leadership of the British monarch Queen Elizabeth the Second. The parliamentary leader, the Prime Minister, holds the actual power of government who is appointed by the nominal Head of State, the Governor General and who acts as the categorical Head of State. The government is a democracy and thus the Parliament is democratically elected. The country is a member of the British Commonwealth, which is an association of fifty three nations that were previously British colonies many of which still recognize the British monarch as their own as a result of which they accept ‘God Save The Queen’ as their national anthem. New Zealand also accepts ‘God Defend New Zealand’ as a national anthem effectively giving it two national anthems.

The people of New Zealand are of European and Asian ancestry with percentages of the population belonging to the indigenous Polynesian or Maori people as well as people of Polynesian descent who are not of the Maori culture.

The culture of New Zealand is a fairly recently developed one as New Zealand was on of the last regions of the world that human civilization touched. It is a fascinating blend of contributing threads from its population of people of varying ancestries. It is a mélange of American, British, Australian; European as well as liberal splashes of Polynesian (chiefly Maori) and Asian influences.
Festivals celebrated here are as far ranging and varied as Diwali, Christmas, the Chinese New Year and a grand Polynesian festival the Pasifika. A nation that considers religion a private matter it is exceeding peaceful and accepting of different ways of life. The Maori ways, which had been fading due to the introduction then spread of Christianity in the early half of the nineteenth century, have seen a rise in the last few decades.

As showcased in the Lord of the Rings movies New Zealand is lush with greenery and has snow capped mountains that dip down to the ocean. The flora and fauna of the land are almost exclusively unique to it and cannot be found in any other part of the globe. A richly bio diverse region consisting of a large percentage of endemic flora and fauna such as forests, home to rare birds like the kiwi, kakapo, kaka, kea parrot and takah? and a multiplicity of endemic insects. The nation is highly sensitive to ecological issues and spearheads projects to save its precious variety of endangered species.